Top 10 All rounders in cricket alltime 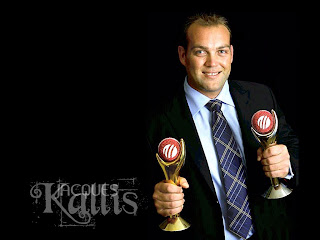 Best known for bowling an unpredictable but lethal leg-spin and hitting long sixes for fun, Shahid Afridi is a maverick allrounder and arguably the most estimable T20 player in the world. His good mix of wicket taking balls and annihilative batting possesses the ability to change the tempo of a game as well as the mood of an audience, at any instant.

Smooth, learned and monstrously talented, Imran Khan is notable for popularizing the game of cricket in Pakistan by his grievous reverse-swinging yorkers and sensational batting skills. A cricketing epiphany and an inspiration for several newbies, the name of Imran Khan supports a distinguishable edge over all other all rounders of his time. A classic player in classic sense!

Notable for his toe-crushing inswinging yorkers and aggressive ball hitting capabilities, Kapil Dev is the greatest all rounder in the history of Indian cricket. Till the date, Kapil Dev is the only player to score more than 5,000 runs in Tests as well as to take more than 400 wickets.

Sanath Jayasuriya is famous for inspiring the batting style of One Day International matches by his belligerent tactics. Jayasuriya is the player who started the tradition of smashing bowlers in earlt fielding restrictions. Apart from his incredible batting skills, he is also an eminent left-arm orthodox spin bowler and carries the record for being the only player to score more than 13,000 runs and get more than 300 wickets in ODI cricket.

A daredevil batsman of unchallenged skills and a demolishing bowler with phenomenal strike-rate, Sir Richard Hadlee is the player who paved the path for today’s successful New Zealand cricket team. Bouncing and swinging the ball on even least responsive pitches and wiping out the deadliest deliveries of contemporary fast bowlers was merely a left-hand job for this legendary cricketer.

Best known by his nickname “Beefy,” Sir Ian Botham is the most inspirational figure in the arena of cricket. Famous to hook the ball with enormous power as well as to swing the ball with incredible pace, this master performer is regarded as one of the most awe-inspiring all rounders of all time.

An elephantine performer and one of the most celebrated personalities of the modern cricket, Andrew Flintoff is renowned for his powerful bowling and fearless batting. Because of Flintoff’s series-long performance, England thrashed the Australians and recaptured the Ashes in 2005, after a prolong waiting of 18 years. Flintoff announced his retirement from the international cricket in 2010 due to regular injuries.

Absorbed with strong-growing approach with the bat and solid medium-fast bowling skills, Jacob Oram was initially a soccer goalkeeper. However, he is regarded as one of the most gentle players in cricket history, but when it comes to connecting the balls to the stumps or the bat with the ball, his gentleness is suddenly washed away.

Ever since his debut in international cricket, Shane Watson has placed himself in the stack of top-notch all rounders in the cricket industry. This Australian player is widely adored by cricket fans for his destructive batting innings as well as for impeccable bowling. Despite of frequent injuries, this gifted allrounder rules each and every cricketing activity on ground by hard work, maturation and consistency.

Whenever and wherever you discuss about the greatest all rounders in cricket history, the name of Jacques Kallis is always taken with extreme respect and honor. Holding an eye rubbing record of scoring more than 10,000 runs and taking more than 250 wickets in both ODI and Test matches, this player rules the game by his cricketing powers.