Top 10 women who changed the world 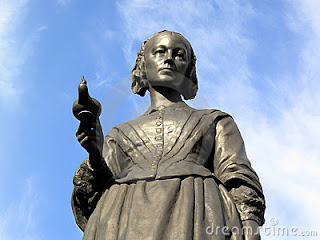 There are hundreds of deserving candidates for this list, but certainly, names listed on this page dominate the rest for their contribution in different areas and for changing the conventional societal wind. Apart from being a prototype of integrity, love, sacrifice, benevolence and tolerance, these women are widely adored for changing the world we live in. We welcome your opinions about those who are here – and those who are not, but should have featured.
10. Margaret Thatcher:

Things were not going so well in United Kingdom, when Margaret Thatcher arrived at 10 Downing Street. But as soon as she started curing “The sick man of Europe” with her radical and innovative ideas, entire world realized that the “iron lady” comprises the capability to change the course of history. They witnessed history being made. The first female British Prime Minister, Margaret Thatcher, healed the crippled economy of Britain and prevented her nation’s decline, creating a landmark in global political arena.

Well, you might think that why this “Blonde Bombshell” is making her presence here. Simplistically, Marilyn Monroe is a legendary name which will live till the day fashion ends. A woman ahead of her time, Monroe is the most remembered beauty pageant who changed the conventional mode of movie industry by her exotic presence on the big screen and still dominates all parameters of fashion trends.

A luminous messenger of God and a soul dedicated to serve poor, incapacitated people of society and anyone who wanted love, Mother Teresa is best known for impacting the entire world by her humanitarian works. She founded “Missionaries of Charity” in Calcutta which has now branches in 133 countries. Till the date, she is considered as the most caring figure on planet Earth.

An unparalleled belligerent of democracy, Aung San Suu Kyi stimulates one of life‘s most substantial lesson; you don’t need to be fierce to be strong. Her nonviolent retaliation against one of the most barbarous dictatorships the world has known is enough to exemplify what courage and determination is. Despite of being a daughter of an influential Burmese figure, this lady joined politics, not for personal mightiness or sharing the political ideologies, but only to fight for the rights of a common man.

Best known as “the first lady of civil rights,” Rosa Parks is a prestigious figure of resistance to racial segregation. After fueling the “Montgomery Bus Boycott,” Rosa Parks joined prominent civil rights leaders to include blacks in American society. Considered as a saviour and liberator of black race, this lady of immense willpower occupies a devotional place in the imagination of color blind society.

One of the most famous figures in entire history, Amelia Earhart is known for doing stuffs that are considered outside the realm of women. Apart from being a daredevil pilot, this stunner was also a celebrated author of some best-selling books. She broke all societal barriers and demonstrated entire world that your spirit is the biggest driving force which wouldn’t ever allow anything to stand in your way.

Borned to politically active parents, Emmeline Pankhurst was an eminent activist of Suffragette movement in United Kingdom who confronted all odds to promote women‘s equality in public life. Political pundits remember her as one of the most remarkable political and social agitators of the 20th century.

First person to be honored with two Nobel Prizes, Marie Curie is best known for her in-depth research on radioactivity as well as for discovering polonium and radium. Treatment of cancer, using radioactive isotopes was initiated under her guidance, and that’s why one who is treated with radiotherapy owes her a debt.

Comprising divine guidance, Joan of Arc, helped the French army to achieve victories at several occasions during the Hundred Year’s War, and eventually played a substantial role in the coronation of Charles VII. Due to her role in this war, which changed the course of history, Joan of Arc is regarded as a national superheroine in France.

Founder of the modern nursing profession, Florence Nightingale came to prominence after her motherly work during the Crimean War. She changed the conventional opinions about nursing and cared wounded soldiers, suffering from unbearable pain. Florence Nightingale established an unparalleled illustration of compassion, loyalty to patient care, and persevering and attentive hospital administration. Her services for the sick and needy, rendered her title; “The lady with the lamp.”